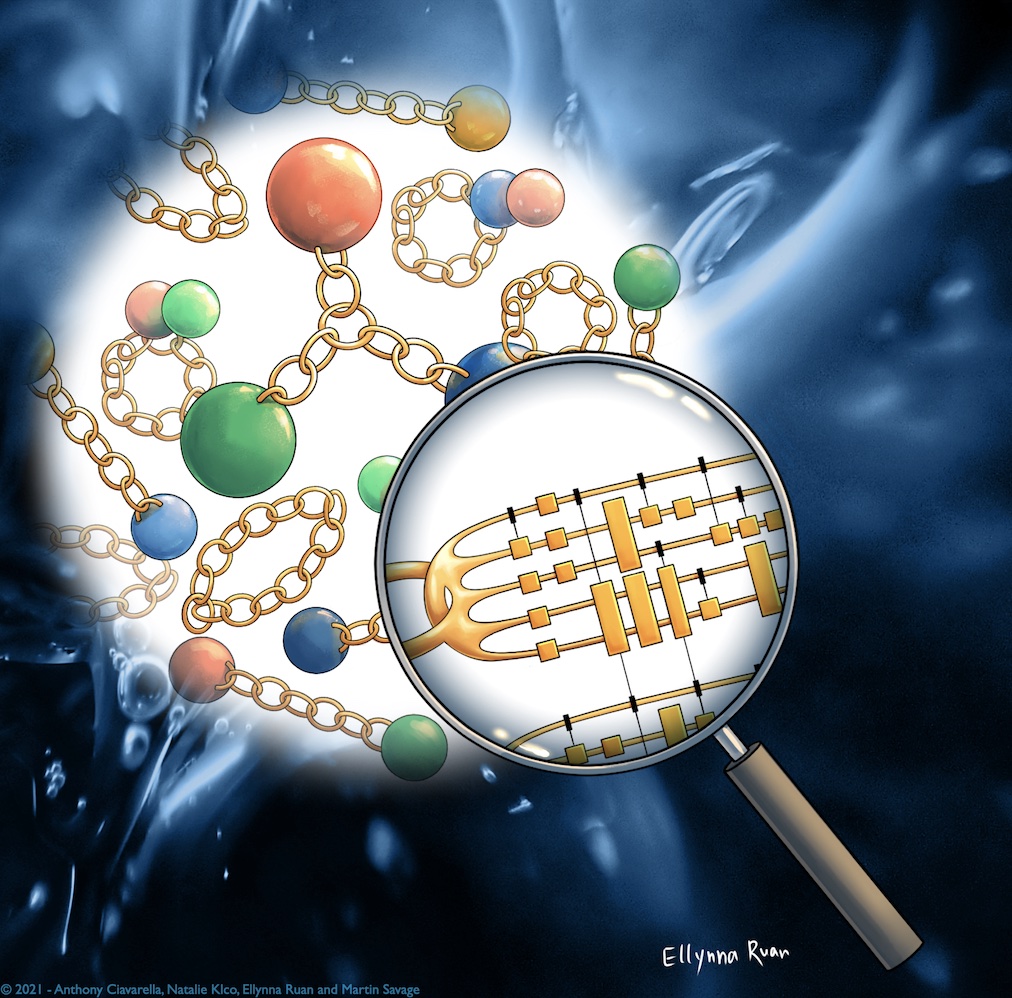 Maintaining local interactions in the quantum simulation of gauge field theories relegates most states in the Hilbert space to be unphysical—theoretically benign, but experimentally difficult to avoid. Reformulations of the gauge fields can modify the ratio of physical to gauge-variant states often through classically preprocessing the Hilbert space and modifying the representation of the field on qubit degrees of freedom. This paper considers the implications of representing SU(3) Yang-Mills gauge theory on a lattice of irreducible representations in both a global basis of projected global quantum numbers and a local basis in which controlled-plaquette operators support efficient time evolution. Classically integrating over the internal gauge space at each vertex (e.g., color isospin and color hypercharge) significantly reduces both the qubit requirements and the dimensionality of the unphysical Hilbert space. Initiating tuning procedures that may inform future calculations at scale, the time evolution of one- and two-plaquettes are implemented on one of IBM’s superconducting quantum devices, and early benchmark quantities are identified. The potential advantages of qudit environments, with either constrained 2D hexagonal or 1D nearest-neighbor internal state connectivity, are discussed for future large-scale calculations.